....are what makes working with nature all the more special.
As well as encountering protective(not aggressive) goose parents and their fluff ball yet fast growing offspring’s ,a day in the gardens can bring many often interesting surprises.
The other day while weeding with Ting we met one of these. 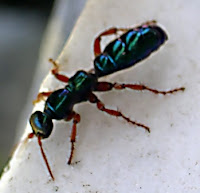 Large & beautifully coloured but would give you a nasty bite if you upset it.
Just before lunch a decided I needed to visit the outside dunny. Hebe beat me in as she new the resident ring tail possum was sleeping in the basket there. All curled up looking very cute.

Latter on, the air was alive with swarming bees, such energy as they move along!

Back at the tasks at hand i.e. weeding the currants, I noticed that a blue wren family had become very noisy and excited, Frank had noticed as well and had gone over to investigate, he barked once so I went to investigate and sure enough there was a beautiful red bellied black snake. We left it to get on and went back to weeding.

Today another interesting encounter. We were sitting on the veranda and watching the activity of a pair of eastern spinebills who were working as a tag team speeding off down the hill and back again in seconds. On return they flew very low into the front garden, then in seconds they were back again off down the hill. We figured they were feeding young and by following them with the binoculars we could see they where getting moths. 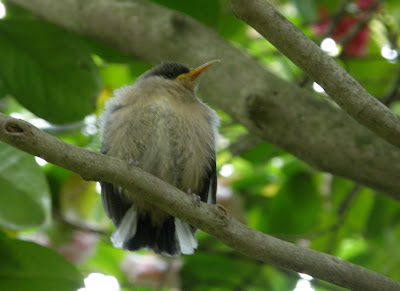 Such encounters make everyday special!
Posted by Deborah Cantrill at 22:08