A Season of Abundance 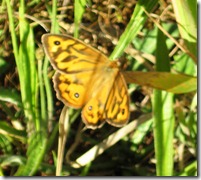 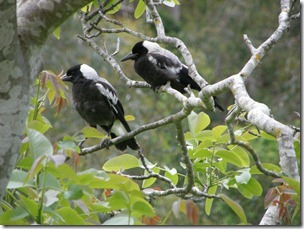 This season seems to offer a abundance of life.The flowers have been stunning. The chestnuts are heavy in flower and their scent permeates the whole area.Clouds of common brown butterflies form  wavers as they emerge from the cover of the grass to feed on the nectar , chestnuts,buddleias and bottlebrushes are on the top of their menu.The bees are also busy around the same flowers along with hoverflies,wasps and other beneficial insects.
All the fruit trees are laden with fruit which really needs thinning if I could muster the time as the berries are keeping us busy, a bumper crop. A bit of a shock after  a number of drought years but 2 average winters have now produced abundance.The Christmas customers will be happy as we can fill all their orders and more.

The sugar plum in the goose pen was groaning under the weight of the crop but the rainbow lorikeets  are stripping it , the geese,chooks and dogs compete for the fallen ones but I still cant find one ripe enough to eat.They will soon ripen and there will be enough for everyone. 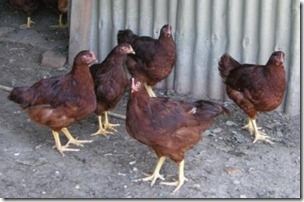 The Rhode Island Red flock rapidly expanded over spring starting with an incubated batch to be closely followed by plenty of broody hens to choose from. Three where selected to sit so now we have 30+ apprentices scratching around in the orchards, wood heap and mulch pile.One hen brought her chicks down to forage in and around the house garden. They were specifically trained to remove the mulch from the gardens and leave it on the footpaths!
As evening falls all the small bats that live under our veranda come out to forage on insects, they too have experienced a population explosion as observed by them setting out each evening and the amount of droppings left on the veranda.
On the negative side a family of kookaburras have lost their home (no doubt many other species also) to more greed where  a bush block (around 3 acres) a few doors up  has been levelled including the house, no doubt to be to be replaced by a ‘Mac Mansion’
While the opposite occurs with  our  neighbouring property which carries a ground fuel load of around 10+ tons per hectare (max limit  4 tons) and they only bother carry out token maintained when forced to by local government, which don’t have the political will to enforce fuel reduction and suitable fire breaks and just accepts token attempts by landholders year after year.So every time their is a major fire we have to have a royal commission and then nothing changes , another fire ,another enquiry nothing happens!!! Meanwhile in a season of abundance the fire risk is also increased. So now everyone has a fire plan? Most will leave rather than carrying out their responsibility to the land, endangering wildlife, vegetation,our orchards and income and other resident and their properties.
Posted by Deborah Cantrill at 18:33

Beautiful pictures. As someone who recently became familiar with farming and farmland, I read as many farming blogs as I can.