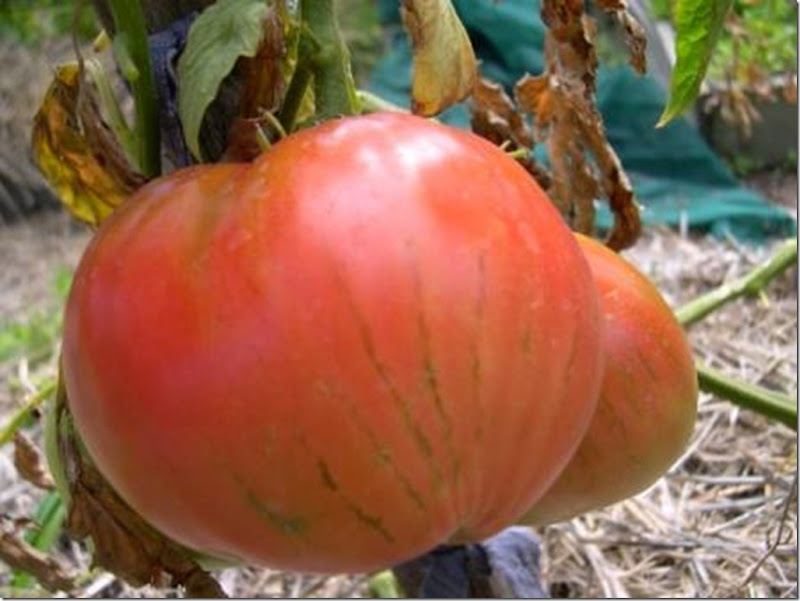 Every gardener have their own theories and growing methods.I grow mine in the same bed every year (This is the 10 year). This seems a no no according to Adelaide garden experts but I met many older , mostly Italian gardeners who grow them in the same place every year. In small gardens this is often necessary. I grow all my own seeds either from my own seeds or in the beginning ,Franchi seeds in my own seed raising mix made from my compost and leaf mulch from under the camellia tree. Seeds are planted 2 days before the August full moon.Seedlings are planted out on the September new moon into the tunnel house and the October new moon into the garden. the garden is prepared at least 4 weeks in advance with my best biodynamic compost, lime and wood ash.as my compost is sawdust based ‘raw’ in not really an option.During the first month they receive 3 lots of nettle tea. I use cages to grow them in but by the end of the season they are often trailing out of these. The first ripe tomatoes appear by the end of December in the tunnel house and by late January/ early February. Harvest extends well into April and sometimes May.
Rudolf Steiner in ‘Agriculture’ Made some interesting comments regarding tomatoes.
“Now, there is still one especially important subject I want to mention. I would like to ask you to carry out very precise experiments this area, experiments which can also be extended to include human beings, if they happen to like this food. You know that tomatoes were introduced as a food only relatively recently. Many people are very fond of them, but they arc also an extraordinarily important thing to study. You can learn an extraordinary amount by studying tomato production and consumption. People who have given the matter a bit of thought — and there certainly are such people nowadays — believe hat tomato consumption is highly significant for human beings. This true, and it could also be said for animals, for it would be quite possible for animals to get used to eating tomatoes.
Tomatoes have a significant effect on everything that tends to separate itself from the organism and develop an independent organization within the body. Two things follow from this. On the one hand, it confirms the statement of an American researcher, namely, that under certain circumstances, adding tomatoes to the diet can have a beneficial effect on an unhealthy human liver. Because the liver is the organ that works most independently in the human body, when the liver is diseased, especially in animals, it could also be treated in general with tomatoes. Here we gain insight into the relationship between plants and animals. On the other hand, therefore — let me say this in parenthesis — people diagnosed as having cancer should immediately be forbidden to eat tomatoes, because cancer from its very inception makes a certain part of the human or animal body independent of the rest of the organism.
But now we need to ask ourselves, why tomatoes in particular have such a strong effect on everything that tends to be independent, on everything that specializes and separates itself off from the rest of the organism? This tendency is directly related to what tomatoes prefer and require for their own growth. Tomatoes feel most at home when they are given manure or compost that is as dose as possible to the form in which it comes from the animal or other source. They prefer raw compost that hasn’t had much chance to he transformed through natural processes. If you just throw all kinds of scraps together onto an untidy heap, and give the heap no further treatment or preparation you’ll find that the most beautiful tomatoes will grow there. And it you were to use compost made from tomato plants, that is, if you were to let the tomatoes grow in their own compost, they would grow even better. Tomatoes have no desire to step outside of themselves, no desire to step outside of the realm of strong vitality. That’s where they want to stay. They arc the least social beings in the entire plant kingdom They do not want anything from strangers, and above all, they do nor want any fertilizer that has gone through a composting process; they reject all that. This is the reason that they can influence what works independently within the human or animal organism.
And in this respect, potatoes are somewhat similar to tomatoes They too act extremely independently, that is to say, they tend to pass very easily through the whole digestive process and then enter the brain and make it independent; they make it independent even of the influences of the other organs in the human body. From the time potatoes were first grown in Europe, excessive potato consumption has contributed toward making human beings and animals materialistic We should eat only enough potatoes so that our brain and our head in general are stimulated. Potato consumption in particular should not be overdone. Knowing these things brings agriculture into intimate relationship with society in an objective way. And this is what is so important, that agriculture he related to the whole of social life.”

Here is what Carol Williams says about tomatoes in one of my favourite books, Bringing a Garden to Life.
“When there is no more chance of frost, it is time to set out tomato plants. There is more lore about growing tomatoes than about any garden plant I know. I think this is because even after four hundred years of cultivation in the northern hemisphere, tomatoes still have an exotic, magic quality—their fruit so invitingly shiny and scarlet, yet a bit poisonous when green, their growth rampant and wild. Gardeners think they have to trick them into submission.
Tomatoes, unlike other garden plants, can thrive in their own debris. I grow mine in the same bed far several years.. (If I had tomato pests or diseases 1 would move them, but this has not yet happened.) Too much manure will make tomatoes put out many leaves but not much fruit; a little is all right, mixed with half— rotted compost and perhaps some wood ash. The small plants need to be set deeply into the ground, a little at a slant, to grow strong roots. If several pairs of leases have already formed, one can snip oft all hut the top pair and bury the stem it will become root.”
In ‘Growing Bio-Dynamic Vegetables under Australian Condition’ Charley Sievers has this to say:
“A special gross feeder, special in that they like raw manure and tolerate few other plants It really is very bad to plant them near peaches. Besides raw manure they like compost made from tomatoes waste. Give a Valerian 507 seed bath and sow the usual way into seed boxes. Spray 500 after sowing. When planting seedlings into final place make a sloppy mix from fresh cow manure and 500, put roots of seedlings into plant hole, pour in a little of the sloppy mixture, then press soil around roots, so the plant stands up firmly. Give another application of 500 when plants are ready to move and 501 just before the first flowers are expected. Give one or two applications of 500 and 501 combined in late afternoon during fruiting season. Sow on a fruit day. Spray 501 on a fruit day.
Make the bed a fixture outside your vegetable garden and use this year in, year out for your tomatoes.
Parsley is a companion plant for tomatoes and is grown on the tomato bed, but each year on a different spot.
If the permanent bed is in front of a shed or house wall facing north they will do exceptionally well.” 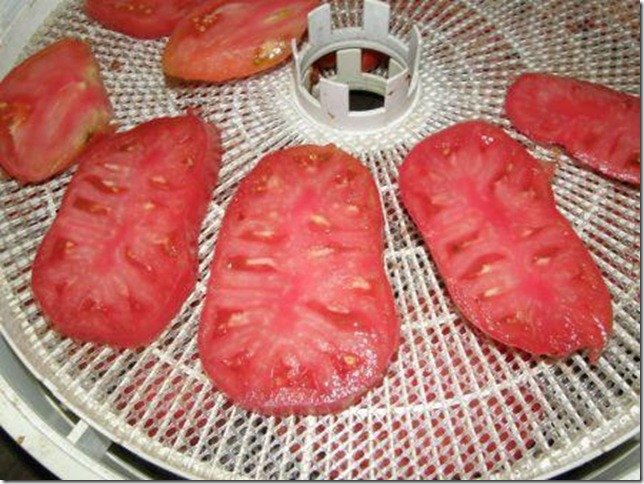 Posted by Deborah Cantrill at 16:48